#libbylee requested that her photo be made holding hands with #buddha ( #siddhartha ? ) This girl destroys and recreates me everyday.

via Instagram http://ift.tt/1MPFesR
Posted by Mick Jeffries at 4:13 PM No comments:

##libbylee can stand under my (cocktail) umbrella-ella-ella …

via Instagram http://ift.tt/1OcBiXv
Posted by Mick Jeffries at 6:33 PM No comments:

via Instagram http://ift.tt/1lbA8Qh
Posted by Mick Jeffries at 5:27 PM No comments:

On the road with some snoozing 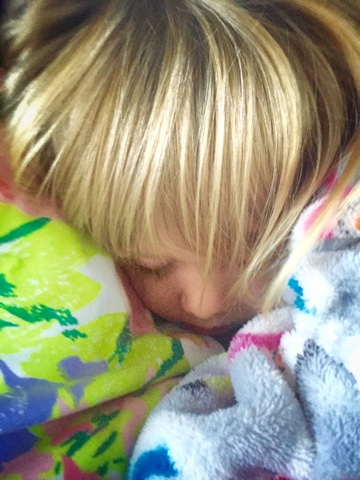 Posted by Mick Jeffries at 5:25 PM No comments:

Not the kind to be scared of, though; more the kind that you get used to hearing if you have a four year old. Maybe not "used to," but at least accustomed to, in the sense that hearing strange noises becomes de rigueur when you have a four year old who's learned to play very capably alone and has a wide and wild assortment of toys and objects at her disposal for doing so.

So I don't really notice the dragging sound, because I'm having a wonderful chat with a couple of couchsurfing politico women about the tragic midterm election that's just unfolded, to the horror of any Kentuckian who might have a single shred of sense. I count myself among those, and I'm trying to figure out with — y'know — some actual political types who happen to be sleeping on my foldout couch what in the hell just happened. In one election, Kentucky went Red. Way red.

It's a compelling discussion, and Libby Lee — who seemed not compelled to interact with our house guests — is off in the back of the house doing … the things she does. The highly imaginative and independent things. Usually dollies are involved. Often those dollies are Barbies.

And there's this dragging sound.

Intermittent, not constant. Not loud. Noticeable, but not enough to draw my focus away from our "WTF?" conversation. The girls are sitting upright in the foldout bed, approximately 77% tucked in for the night. They've had several relentless days of polling and otherwise circulating in a state that is not their home. They're chatty in a cheerfully exhausted way, mostly excited to sleep, is my guess. Our conversation is definitely drawing to a close, but it's invigorating and there's that dragging sound.

A scraping sound. If it was still Halloween, I might expect to see The Mummy, or maybe a zombie, at least. Something dragging a limb. Something not fully intact.

But finally, there she is. In the doorway. Libby Lee.

She comes proudly, calmly — almost regally — into the room, emerging from behind the giant Antebellum dollhouse that she received as a gift earlier in the day; and which she has single-handedly (OK, both hands were definitely involved) pushed from the back of the house, where we set it up earlier in high style, all the way to the threshold of the living room. To make The Presentation. 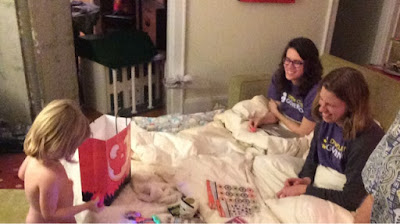 Libby Lee — with a beaming smile and The Dollhouse — has arrived. And she's ready to play.
Posted by Mick Jeffries at 9:47 PM 1 comment:

Me and My Shadow #libbylee

via Instagram http://ift.tt/1LNZNHR
Posted by Mick Jeffries at 8:32 AM No comments:

via Instagram http://ift.tt/1PhJO78
Posted by Mick Jeffries at 6:10 PM No comments: